Why You Shouldn’t Prioritise All Social Media Customer Complaints Equally

Let’s assume that your company had two complaints related to the same product being defective. One came from a member of the public, the other from a TV personality on a major current affairs program. Logic tells us that, if we were to prioritize, we would favor the TV personality.

However if the member of the public was complaining that the product caused a death, serious illness or injury while all the TV personality was complaining about the colors used in the packaging, logic tells us once more to focus on the more serious complaint first. 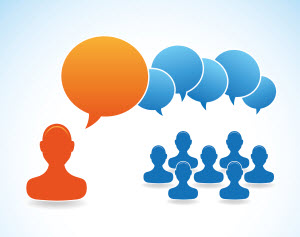 What this means is that we need to prioritise complaints according to: "influence level of the person making the complaint AND the seriousness of the complaint”

The first of these dimensions concerns the relative influence that a complainant might have. Take Facebook for example. If one of your customers has 600 friends, you should naturally prioritise them before another customer who has only 20. This prioritisation is due to the fact that these 600 people will be able to view their friends' public complaint, and might thus form a negative opinion about your company.

Ideally, you want to contain all complaints before other people add their own contributions, but just in case, you should always handle whichever complaint can cause the most damage first using the simple method mentioned above.

Of course, this doesn’t mean that the latter customer should be valued less or receive second-rate service. On the contrary, your company should take care to answer each and every complaint with the same level of empathy and professionalism. Highly visible public complaints can cause massive brand damage if you leave them unchecked, which is why you must sort these out first and foremost.

The second dimension of social media complaint prioritization is decided by the nature of the complaint. Here, the complaints that require the most urgency and care are those that are extremely impacting to your customer, they may also be systemic and therefore affect many other customers.

All serious complaints involving death, serious illness, injury or major financial impact complaints should be dealt with the highest priority.

Going hand in hand with continuous thread monitoring is resolving the complaint quickly. Sure, you can read and record all of your complaints into your system, but actually resolving them FAST is another matter entirely.

If a complaint is detailed and requires significant time to resolve, at least let your customer know that you are actively addressing their problem.

This can be done through a simple message or post such as “Hey John, thank you for your post. We’re currently working on a solution and will update you within X hours with more information.”

If, however, you feel like you require more information from your customer, move things over to a private channel, as explained in The Impact of Social Media on Customer Relationship Management.

Remember, once the complaint is in public view, everyone can see how slow and unresponsive your company is. The faster you fix the problem the better. 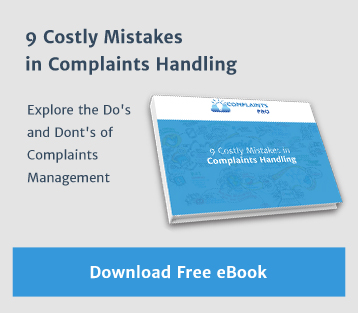 The Coretec team of complaints, quality and technology experts put together their 40+ years of expertise in customer services and quality assurance to create Complaints Pro. We are focused on client satisfaction and achieving results. We don't want you to just settle for just managing complaints. Record, Resolve and Report is not enough. Go beyond that. Use customer insight to grow your company and continue to improve.

ComplaintsPro.com.au
Connect to us
Complaints Pro by: